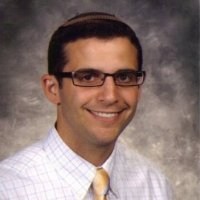 Working with Legacy 613 has communally given a stamp of approval to spending the time and the resources engaged in this; it has shown the students that we are fully committed to finding the resources from wherever they may come to help them connect spiritually and that sends a powerful message about what we really want for them…If you get a cadre of schools together as Legacy 613 has done to reflect on what they’ve each tried, to reflect on what’s worked and what hasn’t worked for their communities, we can all learn from each other and we can share that with schools that aren’t yet engaged.”